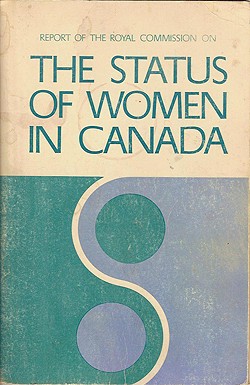 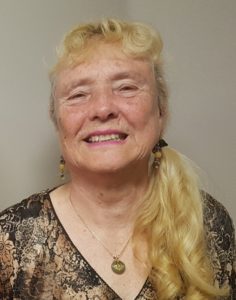 In the delightful presentation “If Teapots Could Talk” at our December General Meeting, Pauline Grondin referred to several historical events in the enfranchisement of Canadian Women which I think bear expounding upon.

In the early 1900s, when women were campaigning for the right to vote, their suffrage meetings were frequently disrupted by angry opponents. In those days, many women were forbidden to attend these meetings by their husbands or fathers, or simply lacked confidence to do so because of strong public opposition. But women did traditionally hold teas when children were born, and for other family events. Since men didn’t attend these gatherings, the suffragists started calling their political meetings Pink Teas. Only women were invited and frilly decorations and many pink doilies festooned the tea tables. If opposition did appear, the organizer simply changed the subject. Thus, Pink Teas became a way for women to meet and discuss various issues of importance, including suffrage.

Nelly McClung was a suffragist in 1914 and was one of the founders of the Political Equality League in Winnipeg. When she and her group of supporters met with Manitoba Premier Rodman Roblin to argue their case for allowing women to vote, they were met with derision, rudeness, and lack of respect, such as, “Nice women don’t want the vote.” Nelly, a well-known author of a highly successful novel and other published works, decided to write a play in the form of a mock parliament which would use the antifeminist rhetoric to argue against giving men the vote! Her female cohorts imitated the mannerisms and language of the male legislators, and she took the part of the swaggering, cigar smoking Premier. It was called “Let Them Howl.” By all reports, the performance was extremely funny and so effective that many felt it was a major reason why the Roblin government was voted out of office in 1915 and Manitoba women were given the vote in 1916. Some of you may remember a re-enactment of the play in 2017 when our club hosted the CFUW National AGM at Brock University. St. Catharines member Pat Milland played Nelly McClung/Rodman Roblin and I was one of a dozen parliamentarians. I remember being so impressed with the cleverness of the dialogue.

By 1924, most Canadian women had the vote but were still not able to be appointed to the Senate because they were not considered “qualified persons.” This outraged suffragists. An especially determined one, Emily Murphy, discovered a little-known provision in the Supreme Court of Canada Act that said that any five people acting as a unit could petition the Supreme Court for an interpretation of any part of the Constitution. So, she enlisted four of her activist friends in Manitoba, one of whom was Nelly McClung, and they submitted their petition. When it was declined, they went to a higher power and petitioned the Privy Council in England! Thirteen years after winning the right to vote, on October 18, 1929, the Canadian decision was overruled, and women were deemed “qualified persons,” able to run for and hold any public office. This became known as The Person’s Case, and the suffragist group became The Famous Five.

Fast forward to 1955 when Laura Sabia was president of our club and later president of CFUW National from 1964 to 1967. She had been advocating for women’s rights and, being unhappy about the slow progress, pushed for a Commission on the Status of Women. When that issue seemed to be going nowhere, in frustration, she told an aide to tell Prime Minister Pearson that if he didn’t move on the proposal, she would march two million women to his office! The press had a field day with the remark and even though Laura confided to friends that she doubted she could get two women to march, her reputation was such that the wheels were set in motion and this past December 7th was the 50th Anniversary of the establish-ment of the Royal Commission on the Status of Women. (However, more work needs to be done – see page 3 of the January 2021 Newsletter)

The major milestones throughout history did not happen overnight but were the result of persistent advocacy often over many years. This is what will be needed in the coming years as we support progress in Long Term Care of the Elderly, National Childcare programs, elimination of Violence Against Women, and the end of Human Trafficking, just to name a few goals.