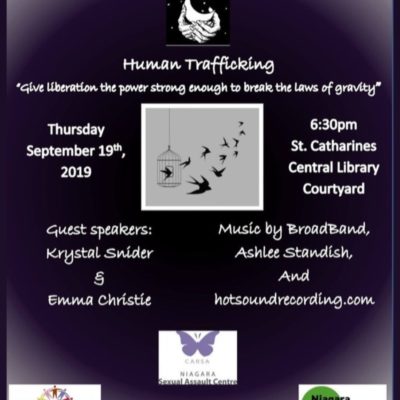 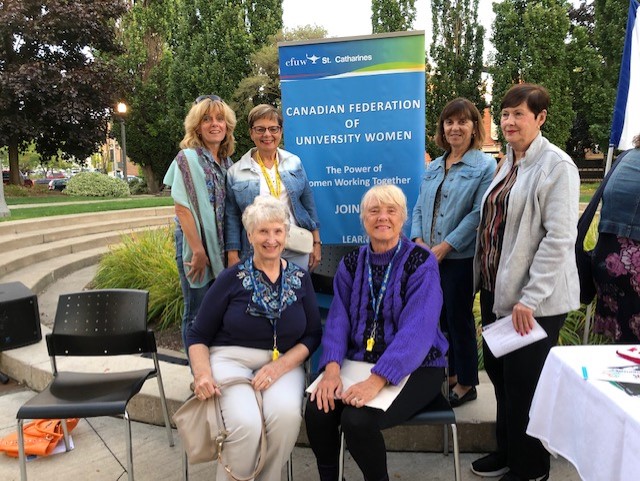 An event called Take Back the Night, organized by CARSA, was held on September 19th to raise public awareness of human trafficking. CFUW St. Catharines members attended with our Stand-Up Banner to show our support for the agencies and the victims. The problem is increasing and apparently, Niagara is a major hub for trafficking. In February 2018, Niagara This Week ran an article titled “Protocol targets grim practice of human trafficking in Niagara”. “Young girls and women forced into sexual slavery a harsh reality”. It reported that 15 agencies signed a new “Niagara Region Emergency Response Protocol for Human Trafficking”. The list included several of the agencies we contributed to such as the YWCA, Niagara Regional Sexual Assault Centre (CARSA), Kristen French Child Advocacy Centre and RAFT. The Protocol also includes police, fire departments and agencies representing Indigenous women and is designed to coordinate services needed to deal with human trafficking at a much higher level than in the past. The protocol offers “wrap around services” with a human rights approach so individual victims can decide what services are best for them.