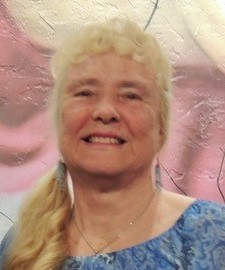 Now is the time that CFUW hearts and minds turn to thoughts of…Resolutions, of course!

Resolutions have been proposed and adopted since CFUW founding in 1919. I was interested in how many there are currently “on the books”, so I emailed Robin Jackson, the Executive Director of CFUW National, and asked for a list. I was emailed a Policy Book that was 254 pages long! The table of contents is 17 pages, and the list of 474 adopted Resolutions is just for the years 1964 to 2018! I did not print a copy. The current list covers 48 general areas including Childcare, Consumer Protection, Employment Equity, Environment Management, International Relations and Trade, Indigenous, Nuclear Issues, Violence and Exploitation. About half were National submissions, a few were by GWI and about a third were sponsored by individual clubs.

As I was perusing the list, I came across one proposed by our own St. Catharines Club titled “Homeless Youth” in 2006! Does anyone remember being on that committee? It urged all levels of government to implement gender sensitive housing options, encourage education and emphasis on self-sufficiency, and ensure adequate funding to support the services for homeless youth.

A second email containing 24 files (one of which was 81 pages long) contained the Resolutions between 1919 and 1969. The early issues were about providing financial assistance for women’s education, supporting the employment of women in educational institutions on the basis of their qualifications and opposing discrimination against married women in the workplace.

Each fall, CFUW National sends out a call for proposed Resolutions. Since there were none this year, all clubs across Canada have been asked to poll their memberships to come up with five issues that will be important in the upcoming Federal election. The list of suggested topics is on page 8 of this newsletter. I ask that you give them some thought, and bring them to the March General Meeting. If you are unable to attend on March 12th, please email them to me at gail@neff.ca. A National committee will research the issues and send background for us to use when talking to our MP candidates this fall.

I hope you are staying warm!