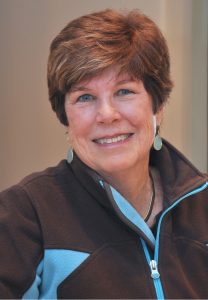 The end is in sight; and while this may mean the end of my term as president I’m talking equally about the end to the war between CFUW and GWI (Graduate Women International). And yes, it has felt like a three or even four-year war with sides taken, volumes of paper produced and hours of debating. There was the possibility that Canadian clubs would leave GWI as has happened in other countries discouraged by the lack of GWI financial and organizational worthiness. For CFUW the vote to leave never passed by the required two thirds even though we faced a huge per capita dues increase to keep GWI alive!

I am happy to report that there is a compromise: “The Winnipeg Motion,” which will be voted on at the AGM on June 23, offers the opportunity for individual members to support GWI through their dues if they so choose (see “The Winnipeg Motion” below). And with relief, the National Board plus many others are in favour of it. It’s a very promising choice for us and for some other clubs that would have had to give up, faced with the huge financial burden.

Now, the other, more personal “end” is in sight and I would like to thank those members (and family) who helped me decide to take on this role. I’m now so happy to be connected to many more members, to our club, to its past and to its future. It takes time to adapt to a new hobby but I like this hobby and will look forward to staying connected. While you may think that you have to know everything about the club and be in it for years to take on an executive role, you don’t. The club is full of mentors willing to support and help; you do what you can. Thank you to the executive members who took on their roles and did them so well. Good luck Gail (Neff) and remember, we all wish you well and we are ready to mentor you along your exciting journey.