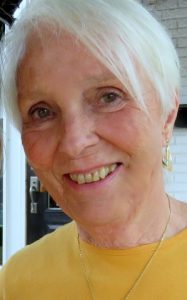 One of the wonderful things about being President of CFUW St. Catharines is attending incredible meetings! The Saturday November 5, 2016 Fall Gathering of CFUW Ontario South  was no exception. Presented around their theme “Reflect- Refine-Rejuvenate and Embrace Change”, the speakers were outstanding. Starting with the very welcoming mayor of Burlington, Rick Goldring, father and step-father of 7 girls, who was raised by a CFUW mother, he praised CFUW for the important work that we do and the impact we have on our communities. It was a reminder of the power that our 230 St. Catharines members can have when we present our voice as one.

“Embracing Change” was the focus of The Honourable Paddy Torsney’s presentation. She is a former member of the House of Commons representing Burlington and now the Permanent Observer of the Inter-Parliamentary Union to the United Nations. She had so much energy and her stories of navigating the world of National politics as a 31 year old woman were hilarious and inspiring. Again she reminded us that dialogue with community leaders can lead to positive change.

After a scrumptious lunch which I ate on the patio of the spectacular Burlington Golf and Country Club overlooking the harbour, MP, Katrina Gould, continued enthusiastically to speak on “Embracing Change”.  Katrina, who is a member of CFUW made me wonder what I’ve been doing with my life! Before being sworn into office on December 2, 2015 at the ripe old age of 28, she had volunteered in a Mexican Orphanage for a year after high school, got her Undergraduate Degree at McGill in Political Science and Latin American Studies and a Master’s Degree in International Relations from Oxford.  She has actively and passionately engaged the citizens of Burlington in the House of Commons and among many other things, worked with the City to coordinate efforts to welcome privately sponsored and government assisted refugees from Syria.

Last but not least, Maureen Barry, the CEO of the Burlington Public Library took us on a whirl-wind tour of Library Innovation around the world.  Spectacular architecture, innovative services and transformational changes are all hallmarks of successful public libraries today.  Contrary to popular thought, public libraries are not only surviving in the age of the Internet, but thriving. Google “the 25 most beautiful libraries around the world” and be amazed.

So that was my day, along with Nancy Ferris-Hostick, Heather Foss and Pat Milland. And I want to stress that it could have been your day too! CFUW St. Catharine’s members are welcome to go to Standing committee meetings, CFUW Ontario meetings and even the CFUW AGM.  You do not have to be on the Executive. Please let us know if you would like to attend.